Steiner is a Dalmascan solider with a dark past and sufferer of repression. Since time's strain in Ivalice, he is ill-fated with the same status as the antecedent knight. He is a repressed, yet misunderstood, level minded, friendly man mainly when commending on others' work and skill on the battle field, furthermore anyone who's served the Military as he himself has; he's full of praise for what they do. He has never once slagged anyone else's status off, (or anyone else for that matter, his defenses always seem to be internally reflected). However, other times, he appears to get quite easily on the defensive, most often there could a better way of displaying how he feels and handles situations, that will work better for himself and for others. In this situation, he can get a little incoherent, hard to read and slightly immature. It is not clear if this is intended (likely his way of attempting to "shrug off" what he may perceive as personal attacks), however, this only serves to create a communication barrier between himself and others. He is, although, very capable of holding reasonable and mature conversations.

Steiner is a 36-year-old man with a strong, muscular build, a tall frame, and brown eyes. He has short black hair and a beard. He wears a quiver of small daggers across his body, khakis pants and short boots. In early development, Steiner wears the Adherence Fauld over his waist. This was removed in the final build, and is worn by the Crimson Shade. Steiner has a long scar across his left brow.

Much as his DLC outfit attire in Chrono Trigger: The Zodiac Era, his sprites are Firion's sprites on the field. However, his battle sprites are Cecil'spaladin sprites.

Steiner's persona was created to have more self belief, that it's not possible to change your outward perspective, one can often relate, but it's certainly doable. At a glance, he can come across as a bit of an enigma.

In the ending scene, Steiner appears at Year 1980 in a deserted town. Baffled, but also quite relieved the incomprehensible events he's experienced is over, only to find himself faced with another dire quandary. He states having his own path he must now follow and he's received a letter from an unnamed source. Steiner's curiosity yearns for understanding, as he states wanting to "move on" later thinking twice, stating "not yet"; he will find him, seeking to end his internal struggles and repression.

Steiner wields swords and great swords in battle. He does not use magic and his skill set is Tier Skill. Scan allows him to perceive more detail about foes. Dark Courser deals physical damage to all foes.

Steiner is an optional playable character replacing Setzer in Final Fantasy VI: Presentiment Era. He is considered optional as there are no extra story related scenario(s) as a central focus for his appearance in the game. He can Attack, use the Magitek command and use magic. He has the highest initial Strength and Stamina than any other character. He is limited to heavy armor equipment with average magic initial stats. Equipment such as the Enhancer can greatly increase his magic potency. His second strongest weapon is the Great Knife, which offers an significant strength addition but a negative penalty on speed. He can equip the Save the Caliber. 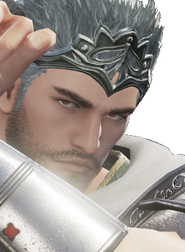 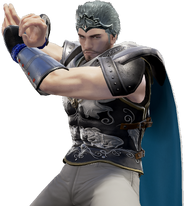 Steiner Paladin
Add a photo to this gallery

"Contusion" (The Darkness That Sulks In His Mind) is the eponymous theme of Steiner in Chrono Trigger: The Zodiac Era. The score for the in game soundtrack is different from the UROST (unreleased) soundtrack by Sebastien Romero; a shorter version of the theme.

Retrieved from "https://zodiac-trilogy.fandom.com/wiki/Steiner_Reyes?oldid=3462"
Community content is available under CC-BY-SA unless otherwise noted.